What Is ‘Content-Driven SEO?’

As you may have noticed, we’re fairly passionate about content-driven SEO – we even named our company after it!

But, what do we even mean by this term?

Back in ye olde 2011, the SEO industry was a far shadier place, where SEO specialists were able to successfully manipulate website rankings by ‘keyword stuffing’: basically adding in hundreds of target keywords for that pages, as well as ‘black-hat link-building’: adding backlinks to their website from all sorts of dark and mysterious places such as forums, link farms, irrelevant directories and more.

How on earth did SEOs get away with these dodgy dealings?

To put it bluntly, Google wasn’t as smart as it is now. The Google algorithm, its custom-built system for ranking websites, wasn’t able to distinguish between quality websites offering useful content and spammy websites that had used underhand ranking tactics.

That all changed on February 23rd 2011 when Google first released its Panda algorithm update. This update to their algorithm cracked down on spammy sites with low-quality content, meaning they fell in the rankings in comparison to sites with more long-form, informative content.

The Panda earthquake was quickly followed by Google’s second scary ‘P’ animal update – the Penguin update in April 2012. This update to Google’s algorithm penalised sites with unnatural backlink profiles and ones that used keyword stuffing techniques, effectively meaning these shadier black-hat SEO practices were dead in the water.

Further Panda and Penguin updates have continued to reward high-quality website content, ‘earned’ links from other reputable websites, and a good website user experience determined by factors such as site speed, time on page and number of pages viewed.

Ok, so that nicely defines what content-driven SEO isn’t, so let’s move on to what it is…. 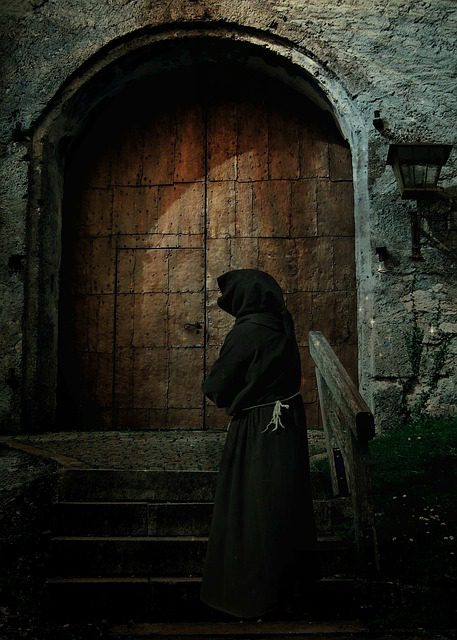 What shady SEO tactics is this character up to?

Due to Google’s updates, sites are now ranked much more on merit, boosting sites that help the user with their query. To think about this in general terms for individual pages: Does the page answer the user’s search query? Is the user spending time on the page and clicking through to other pages? Do other authoritative websites link to the page?

Because of this focus on quality, any SEO professional who offers to improve your ranking by buying links in bulk or adding hundreds of keywords to a page needs to be avoided at all costs. Although you may see some short term gains, in the long run your site could be hit by a manual action penalty where it more or less drops off the search engine completely. It’s a ‘quick fix’ solution equivalent to using performance-enhancing drugs for sport, and we all know what happened to Lance Armstrong……

Through these updates, Google had signalled to website owners and SEO professionals what it would prioritise – namely informative, detailed content that was linked to by other established websites. This is where ‘content marketing’, and content-driven SEO was born – essentially the process of creating quality, well-written content that people engage with, share on social media and link to from their websites.

Don’t Give it the Hard Sell.

One key-rule we always have to tell clients is that (Donald Trump-style Caps Lock mode deployed!) THIS CONTENT SHOULD NOT BE SELF-PROMOTIONAL. Pieces should be as objective as possible in order to inform the user, even if the topic is related to the product or service promoted by your website.

Alongside written content like Blog posts and buyer’s guides, shareable infographics, quizzes, surveys and video content can all be used for content marketing. The aim of these pieces of content are not to sell the products or services, but to answer questions, stimulate debate and generally just provide useful information for the website visitor.

Don’t blow your own Trumpet!

If you’re cynical and think it’ll never work, take a look at the sites I have linked to throughout the text above. All of these links are for informative pieces that answer a specific question without doing the ‘hard sell’ for their product or service.

Not directly selling through content is often the hardest thing to explain to business owners, who naturally want to keep revenue coming in as quickly as possible. Although the SEO-process can take a long time, with a well-executed content marketing strategy building links to the website, the ‘money page’ keywords will also improve, increasing the website traffic for your target keywords. Alternatively, if you need targeted website traffic quickly, a Pay-Per-Click advertising campaign may work effectively.

Content-driven SEO is a process where high-quality content is created for websites in order to be read, shared and linked to by other websites. Any digital marketer or SEO specialist, will tell you it is the only approach to SEO that is effective for building backlinks and improving your rankings in the long-term.

If you have any questions about your site’s SEO, please get in touch with Content Drive today, we can provide you with a FREE SEO audit to see improvements that could be made to your SEO strategy.

What Did Brits Google Before the Last UK General Election?

What Did Brits Google Before the Last UK General Election?

This site uses Akismet to reduce spam. Learn how your comment data is processed.

We use cookies to ensure that we give you the best experience on our website. If you continue to use this site we will assume that you are happy with it.Ok